Ironically, in 1982, Peter Gatien bought this old church on 20th Street and 6th Avenue (built in 1846 as the Episcopal Church of the Holy Communion) from the Odyssey House, a drug rehabilitation center. Gatien then created The Limelight, one of New York City's most infamous nightclubs. The Limelight was a haven for techno, goth, and industrial music, as well as a free-for-all for recreational drug use. The party started unraveling in 1996, when Club Kid Michael Alig killed and dismembered a drug dealer at the club. (See the Macaulay Culkin movie, Party Monster). Since 2010, the building has been home to the Limelight Marketplace, a lame shopping mall. And, randomly, we found some contestants from Vietnam's Next Top Model.                             CLICK TO ENLARGE 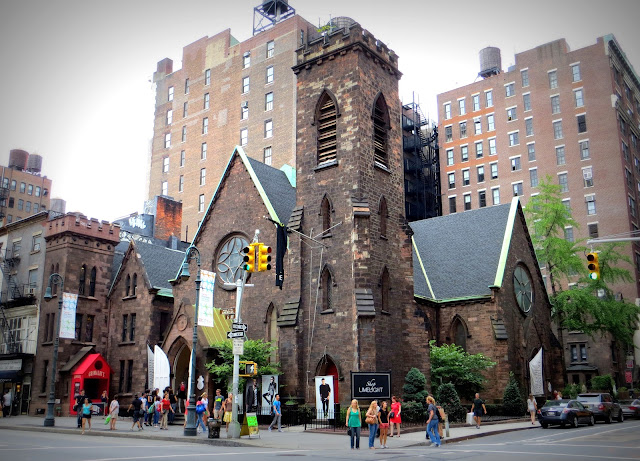 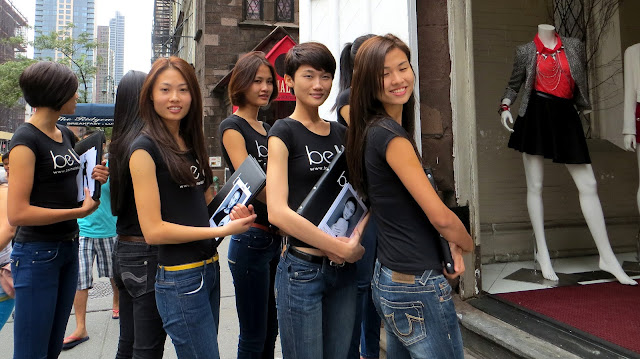 The nominations for the 46th annual Daytime Emmy Awards were announced Wednesday during CBS' The Talk.
CBS scored a leading 61 noms, followed by syndicated programs with 55 nods and Amazon Prime Video and Netflix, who tied with 49 mentions each.
Among other outlets with double-digit noms, NBC received 38,
followed by ABC with 35, PBS with 31, YouTube.com with 20, How Many Daytime Emmy Awards Has Ellen Degeneres WonDisney Jr. and Nickelodeon (tied with 16 each), HBO with 12 and Disney Channel with 10.
In terms of individual programs, Days of Our Lives scored a leading 27 noms,
followed by General Hospital with 25 and The Young and the Restless with 20. Other series with double-digit
noms include The Bold and the Beautiful,with 12, and Giants, with 11.