"No soup for you!" This is the original Hell's Kitchen location of the "Soup Nazi," made famous by a 1995 episode of the TV sitcom, "Seinfeld." The character was inspired by Al Yeganeh, a very stern soup vendor who ran Soup Kitchen International on 55th Street and 8th Avenue. While Mr. Yeganeh was reportedly angry about the unflattering Seinfeld episode, it ended up making him rich and famous. Today, his "The Original Soup Man" chain has over 1,100 locations throughout the U.S. and Canada; and his soups are available in supermarkets and Target stores.         CLICK TO ENLARGE 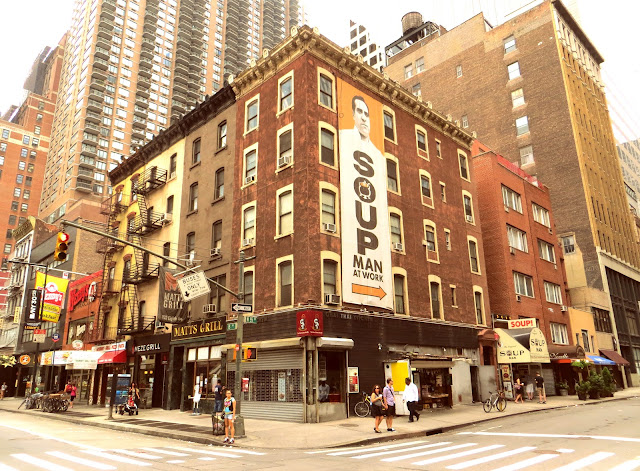 I was wondering if anyone knew if the building on the corner was at one time the Pickwick Hotel. My family managed the property in the 50's and I was looking for info on the building so I can have painting done for a Xmas present.